I sold a book!

WOOO! it seems the first of my offerings is finished, a short story called Becoming Persephone, and will be available in a print anthology coming Feb 2009. Other authors in this antho are Cat Johnson, Tilly Greene, Emiza Gayle, Selena Illyria, Kayleigh Jamison, and Diana DeRicci. OOh and the cover is rather swank too! 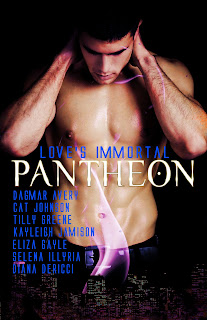 Sexy right? I know its one of the only covers Im totally in love with. very hot. And the stories are freaking good too! Becoming Persephone is the first in a short story series im writing about the gods. This book is about a woman named Drea that goes to the Eros Festival in greece after being invited and meets up with several gods, including Hades, a man that makes her body burn. Hades persues her, but it isnt as east and a normal hunt and chase. There are obsticals in the way, sexy, horny obsticles that want to keep them apart... and Drea has to decide... a night of meaningless pleasure at the hands of the gods, or a lifetime beside one, and only one, as Persephone.

I'm very excited to be part of this antho, and the women involved are amazingly talented, Im just so honored I get to be one of them. Anyways, its back to the grind, I have other stuff Im working on, and the other two stories in this book just wont keep.
Posted by Stella Price at 6:49 AM

She is published with Tease Publishing and Ravenous Romance. 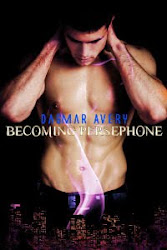 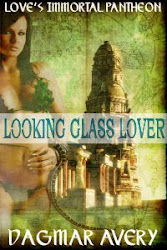 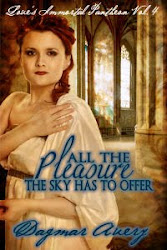 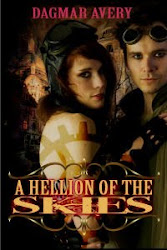 Read me in your Email!